Known throughout the world as the Kingdom

Killorglin - which is at the heart of Co. Kerry - is the ideal base to explore the "Gems of Kerry". Kerry offers just about everything one could wish to do, which makes it the ideal holiday destination, and the scenery is spectacular with golden blue flag sandy beaches only 10 minutes' drive away. Guided walks are available in the Kerry Mountains and through the Kerry Way. Cycling the high-ways and by-ways of the local countryside is another way to discover the wonderful scenery at a leisurely pace. Horse riding can also be organised, with the choice of trekking the golden sands of Rossbeigh Beach or the lovely surrounding countryside. 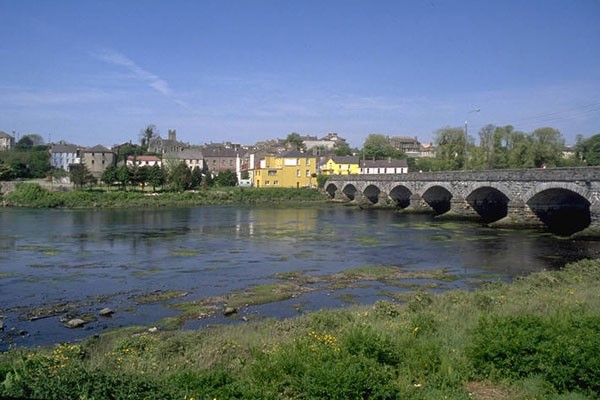 Discover a glorious mix of moody mountains ranges, vibrant towns and a superstar island that will take your breath away.
You may have heard of Kerry, its mountains, lakes and coasts have been the picture-postcard image of Ireland overseas. And while visitors may argue about their favourite towns, everyone genuflects to the perfection that is the Kerry landscape. It's just drop-dead gorgeous.
Where to begin? Killarney National Park, that's where! Nestling between Killarney and Kenmare, these 26,000 acres of woodland, mountains and lakes are a favourite with tourists and locals alike. The area was a particularly popular spot with Queen Victoria in the 19th century and her lodging, Muckross House, still stands with all its furnishings intact. Overlooking Lough Leane, Ladies View provides one of the most spectacular displays of Kerry's landscape. The natural beauty of Torc Waterfall, Innisfallen Island and the dramatic MacGillycuddy's Reeks mountain range are a breath of fresh air for the soul. And then there's the famous Ring of Kerry touring route, that showcases some of the most spectacular sights and quirkiest towns and villages that Kerry has to offer.

A galaxy not so far away...

The Wild Atlantic Way stretches 2,500km along the coast of Ireland, full of adventure and breathtaking views. At the bottom of this route, around 11 kilometers off the Kerry coast, the Skellig Islands pierce the Atlantic Ocean with their dramatic rugged beauty. The larger of the two islands, Skellig Michael, hosts an ancient monastery at its summit, which can only be reached by climbing hundreds of stone steps, hand-carved into the rock.
These wondrous islands have rightly caught the attention of Hollywood, and Skellig Michael has become a star in its own right, thanks to appearances in the Star Wars franchise. The island's epic appearance along with the vast oceanic backdrop provide an suitably otherworldly feel –it's not hard to imagine a Jedi knight taking refuge here!
It is possible to visit Skellig Michael –approved boat tours to or around the island depart daily during the summer months –but tours must be booked ahead and are weather-dependent. Or if you prefer to stay on dry land, take a trip to the Skellig Experience Visitor Centre in Valentia where you can enjoy films and exhibitions about this amazing place.

What benefits Kerry has given the world...

Kerry natives have made their own inimitable mark on the world. There was the famous explorer Tom Crean, known for his Antarctic exploits with Captain Robert Falcon Scott and Ernest Shackleton. When his adventuring days were done, Crean returned home and opened a pub, the South Pole Inn in the small village of Annascaul. Kerry was the birthplace of Daniel O’Connell, Ireland’s Great Liberator, as well as Oscar-nominated actor Michael Fassbender (a native of Killarney).
Every December, some of the biggest names in music make the pilgrimage to St Jame's Church to play stripped-back sets at the Other Voices gathering. Amy Winehouse, Mumford and Sons, Hozier, Steve Earle and Snow Patrol have all performed there. You'll find a writers' museum in Listowel that celebrates a place "where it is easier to write than not to write", as Kerry author John B Keane liked to put it. Oh, and the county has dominated Ireland's native sport of Gaelic football, winning too many All-Ireland Gaelic Football championships to mention.
So if you were wondering why this county is known around Ireland as "The Kingdom", maybe now you understand... Kerry is a land of pure majestic beauty.
Content courtesy of Ireland.com

Preference cookies are used to keep track of your preferences, e.g. the language you have chosen for the website. Disabling these cookies means that your preferences won't be remembered on your next visit.

We use analytical cookies to help us understand the process that users go through from visiting our website to booking with us. This helps us make informed business decisions and offer the best possible prices.